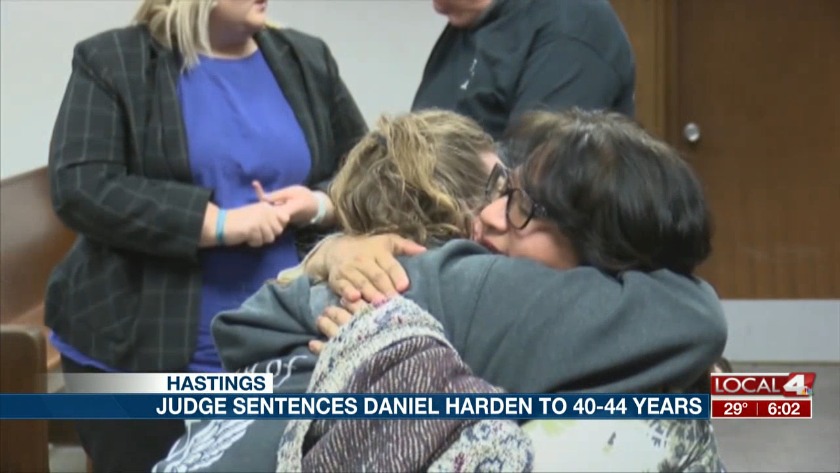 Judge sentences Daniel Harden to 40 to 44 years in prison 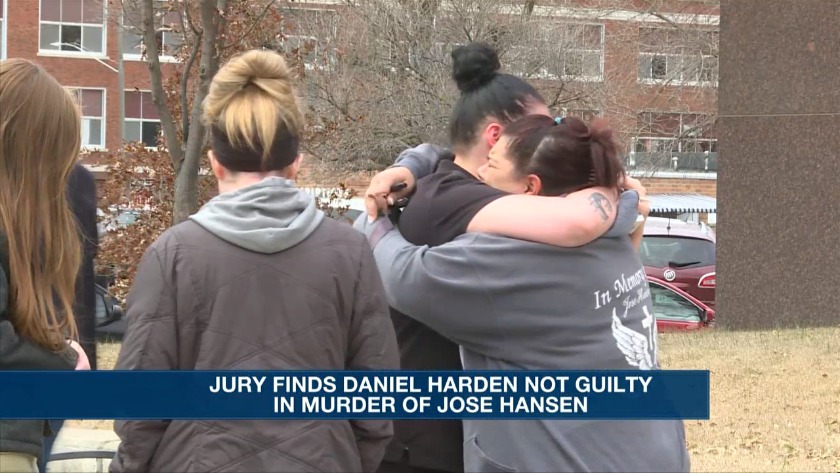 HASTINGS, Neb. (KSNB) - An Adams County judge Tuesday sentenced Daniel Harden to 40-44 years in prison in connection with the 2017 shooting death of Jose Hansen of Hastings.

Harden was convicted of conspiracy to commit robbery in November by a jury who also found him not guilty of murder and weapons charges.

Family and friends of both the murder victim and Daniel Harden packed the courtroom Tuesday as they waited for the judge to give his sentence.

The prosecution argued for a lengthy time in jail. The prosecutor said Harden would be a threat to the community moving forward.

The defense argued the judge should give Harden time served. Clarence Mock, Harden's defense attorney, said Harden was "on the road to different way of looking at life, and existing in society."

Judge Terri Harder stated she was skeptical of Harden's efforts. She said he was a risk to the safety of this community, and sentenced him close to the max penalty of his conviction. She said she felt he wasn't a good candidate for probation.

Judge Harder said Harden would be eligible for parole after serving 20 years. A Local4 reporter said two of Harden's friends were escorted out of the courtroom after an outburst in which they expressed outrage at what they considered to be a harsh sentence.

Friends of the victim's family said they're happy with the judge's decision, and have been waiting a long time for "justice."

"I've watched Joey's mom go through a pain that no mom ever wants to go through. It's just not fair. So they got justice today, and that was rightfully deserved," said Wendy Morganflash, a friend of the victim's family.

Harder said this case was "a poster child for making bad decisions."

The Harden verdict in November ended an 11-day trial in Adams County District Court, during which Harden's defense attorney, Clarence Mock of Oakland, made the jury doubt the evidence and witness testimony against Harden.

"We're happy in one sense. Somewhat disappointed in the other, but the main thrust of the case was always the murder charge, and use of a firearm, and that is now behind us," Mock said at the time..

Over the course of two days the jury deliberated for about five hours before returning the not guilty verdicts on the murder and weapons charges.

The jury was comprised of nine women and three men.

"This was not a group that came to their conclusion lightly, and without some analysis, which is what we all hope for in an American jury, and certainly what I think everyone here in the Hastings community should hope for," Mock said.

It appears that no-one will be convicted of murder in Hansen's death.

Deante Mullen, 21, was convicted in November of attempted robbery and accessory to a felony in exchange for his testimony. He'll be sentenced February 11.

Katherine Creigh had been charged with accessory to a felony, but that charge was changed to a misdemeanor.

She was convicted of misdemeanor Obstruction of Government Operations in the case and was sentenced earlier this month to one year in jail and a $1,000 fine.