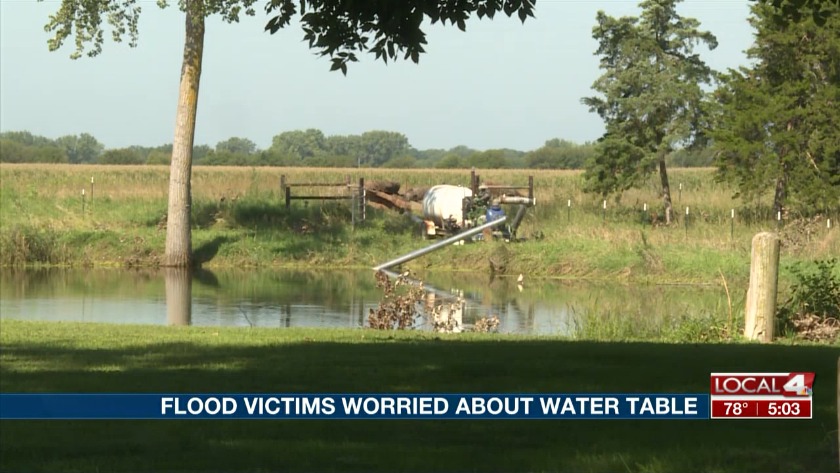 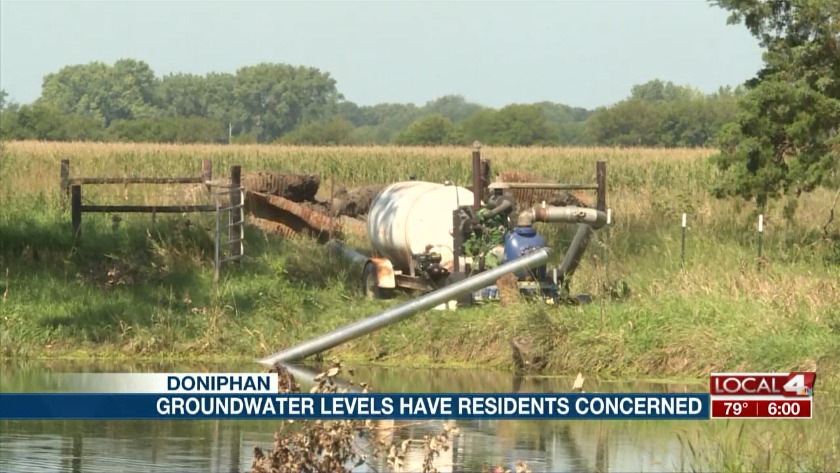 DONIPHAN, Neb. (KSNB) - Ground water levels are historically higher this year after flooding across the state, which could cause problems in the future.

Due to the high water table, people in the Amick Acres neighborhood in Doniphan had to put their restorations on hold after homes flooded about a month ago.

"We're going to dry all the studs and the framing out to proper moisture levels so there's not a chance that mold can grow again on them," said Dakota Soucie, project manager for Christenson Cleaning & Restoration.

Because the water table is so high, it won't take as much rain as usual to cause another flooding event.

This means restoration companies could have to redo all their work if more rain hits the area.

"There's some areas where the ground is just so saturated from these big rains that if it rains again, we've seen seepage back into basements," Soucie said. "There's not a whole lot we can do about it, unfortunately. We can come in after the water recedes and take care of the problem after that."

But the Stickel's said they're just pleased with the progress made on their home so far.

They've lived in their Amick Acres home for years, and have never dealt with flooding like this.

"They're pumping the lake out right now, getting it down to the level where we need it," Bob Stickels said.

"You know, you just have to deal with things. There aren't any guarantees, but we feel pretty confident with the decisions that they have made with the water and the drain off," Marilyn Stickels said.

Lindon Vogt, general manager at the Central Platte Resources District, said there's been double the amount of rainfall from Gothenburg to Columbus this year. That combined with less irrigation has increased the water tables to a historic amount.

The ground is completely saturated. Water can't soak into the ground, which means more runoff if more rain hits the area.

"There's really no reason to think that our ground water table is going to decline this year," Vogt said. "It's up because of the rain. It's probably going to be up this year, and going into next year until our crops start using water again."

For people pumping out their basements or lakes, Vogt recommends you be careful where you direct the water. He said because of the saturation and high water tables, it's essentially being recycled back into the ground, which could cause problems in the event of another rain storm.

Vogt said they think the water table will remain as high as it is through winter and possibly spring of next year.

He said for now, there's not much anyone can do about it.