People brace themselves for flooding in rural Adams County 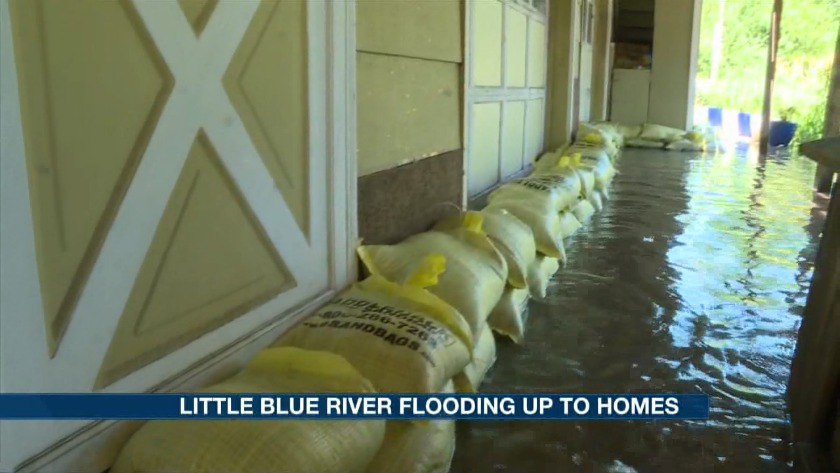 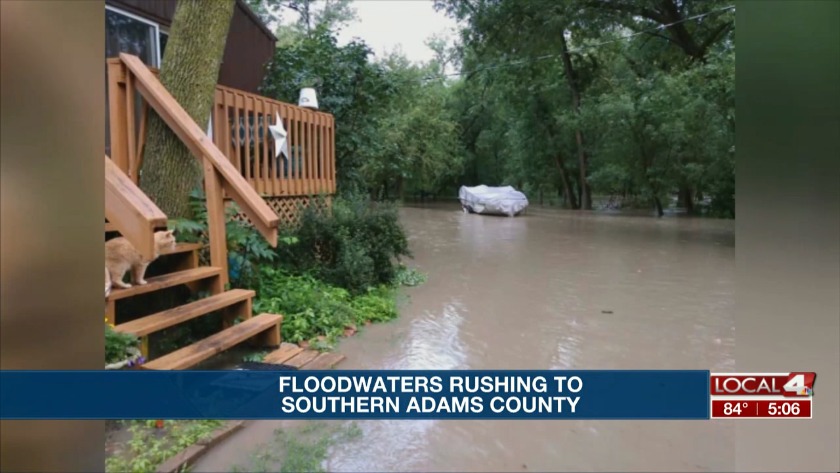 HASTINGS, Neb. (KSNB) Parts of Adams County are under water Wednesday, forcing some people to leave their homes.

Overflow from the Little Blue River reaches up to some homes in Ayr Wednesday. Volunteers sandbagged around the houses to prevent water from entering. (Source: Kelsey Dickeson, KSNB)

The Little Blue River near Riverside and Marian Roads in Ayr completely overflowed. The water went right up to a few nearby houses.

Gale Bullard is the first house on the now flooded road. He's owned the property for 20 years. His daughter lives there now. There's no water inside the house, but water is right up against it. Bullard said the area has flooded before, but nowhere near as bad as it is now.

"Anxiety level is high of course," Bullard said. "Everybody's worried about the water getting up into the houses. It's not breached the garage doors yet, but it doesn't have far to go. Probably six inches."

Another woman chose to evacuate Wednesday. Carrie Whitcomb lives on the south side of the Little Blue River. She said water started running between her house and garage around 8 a.m.

Whitcomb, her husband and two dogs were heading into town.

"We have had two other floods this year," Carrie Whitcomb said. "One in March, when everyone else was (flooded) and one other time. But this is the worst we've seen. We've lived here six years."

Volunteers with the Hastings, Holstein and Roseland Rural Fire Departments spent Wednesday morning sandbagging. They took about 2,000 bags to homes to try to prevent water from getting inside.

According to Emergency Manager Ron Pughes, flooding started in rural Adams County on Wednesday morning. They have been working closely with The National Weather Service and they told Pughes the water peaked around noon and then started to recede.

Pughes said everywhere near the Little Blue River in Southern Adams County has flooding going all the way from Adams Central to Deweese.

"Right now if you see water coming, get out ahead of time, don't make it a rescue. Especially if you know that you are in a flood prone area. It is easier to get out before the flood rises," Pughes said.

Pughes said the water is starting to recede but it will be several days before everyone is out of the woods. He adds there will be major long term effects throughout the county as they are still dealing with flooding from March.

If you see bridges or roads blocked off, don't go around them.

Gale lives in one of the homes here in Ayr along the Little Blue River. He chose to stay and not evacuate. He’s owned the house for 20 years, and said he’s never seen flooding this bad @KSNBLocal4 pic.twitter.com/x2GnWVrmsE

Volunteers with Hastings, Holstein and Roseland Rural Fire Departments are still putting out sandbags. The wall is at risk of collapsing, and would flood homes in the area @KSNBLocal4 pic.twitter.com/uzP5SXiSAp

The houses aren’t flooded yet, but the water is up to their homes and is waist deep. @KSNBLocal4 pic.twitter.com/30p9Kq8EIY