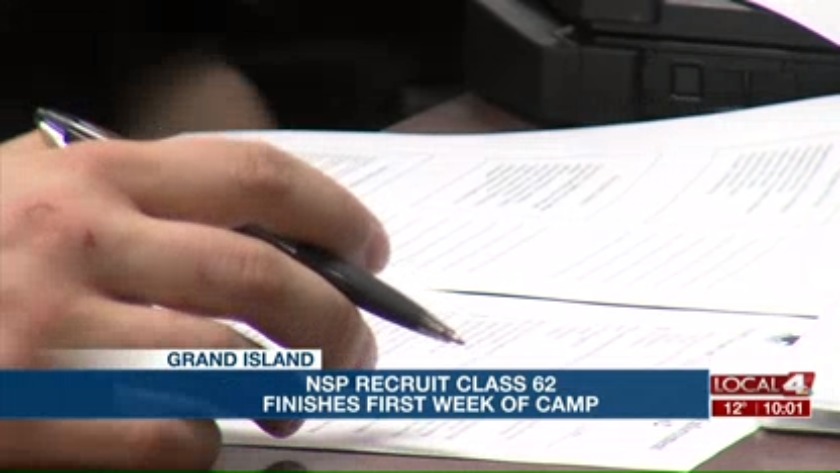 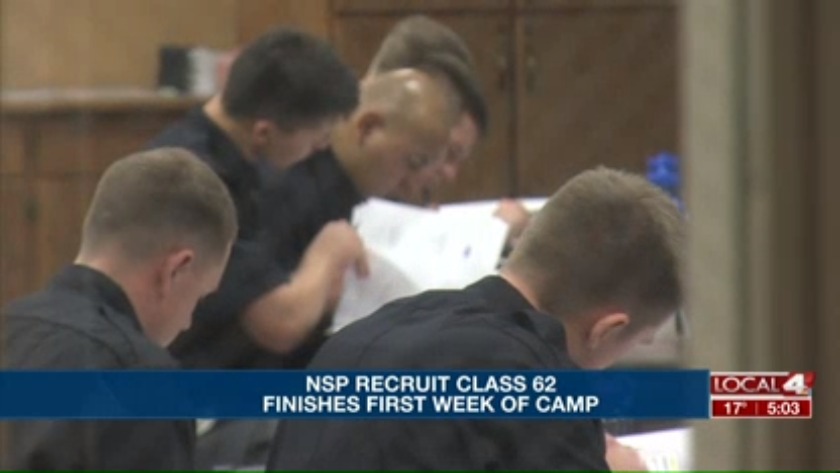 GRAND ISLAND, Neb. (KSNB) - The 62nd Nebraska State Patrol recruitment class has just finished up their first week of camp. Recruits are tired, but dedicated and motivated to finish.

Joshua Schwarz is just one of 18 recruits who are on their way to becoming State Troopers. His dream was always to fly jets for the Air Force, but now expecting a baby made him want to stay closer to home and follow in his brothers footsteps as a State Trooper.

"The standards that the state patrol sets is are unlike any law enforcement agency in the state of Nebraska. So that's why I chose it," Schwarz said. "They have an aviation unit. It would mean everything in the world to get to fly for these guy and get paid for doing it. It would be amazing."

Another recruit carrying on family legacy is Daniela Gonzalez Nuno.

"It all started with my grandfather, he was a general," onzalez Nuno said. "His work of being loyal, determined and everything inspired me to find my own way and serve my country the way he did."

18 recruits and 18 different backgrounds and reasons for signing up, but instructors say at the end of the day what really matters is the progress they make over the next 22 weeks.

"It's amazing to watch that development from people who come in with no background in law enforcement at all to hopefully in 6 months walk across the stage and receive a badge," Sargent Noah McNeese said. "That development process is what we're looking for."