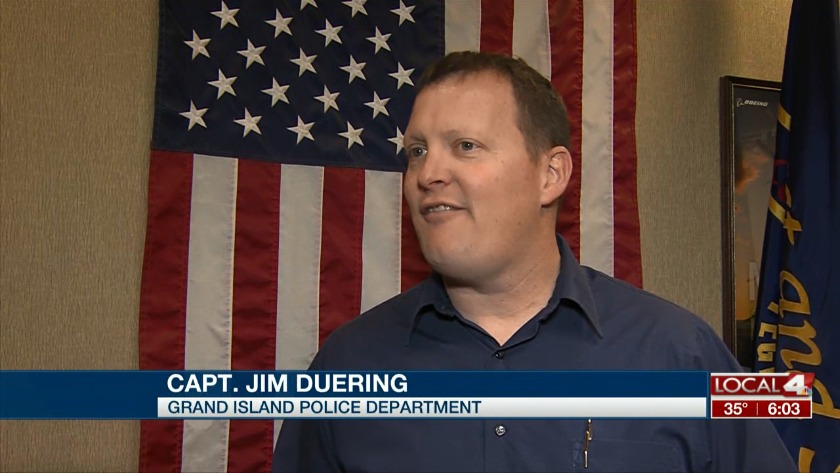 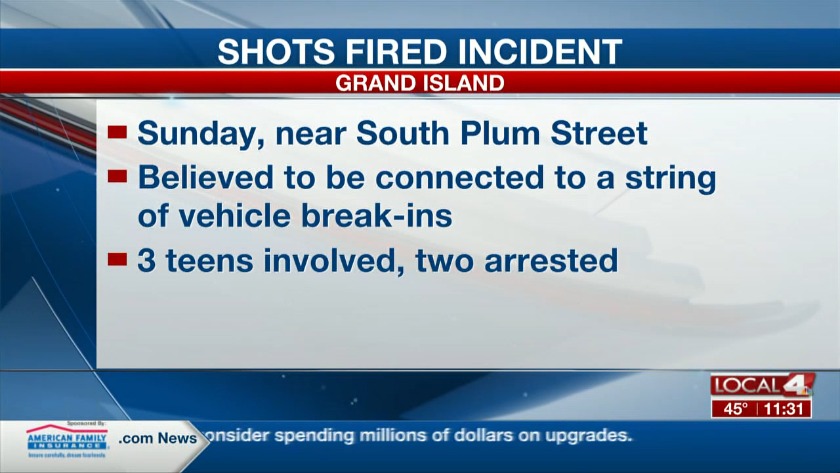 GRAND ISLAND, Neb, (KSNB) - A string car break-ins may have led to a shots fired incident in Grand Island over the weekend.

Grand Island police are investigating a possible shots fired incident in connection to a string of car break-ins.

Grand Island police said they are investigating a shots fired incident that would have happened around 4:30 p.m. Sunday afternoon near South Plum Street.

Police believe three teens are connected to the incident and were also involved in at least four car break-ins earlier in the day.

Police also uncovered a 14 year old male that was reported missing as a runaway.

Later in the evening around 6 p.m. police said they spotted the third suspect near the area of Plum Street where the shots were believed to be fired earlier in the evening.

The 15 year old was arrested for assault and taken into juvenile custody.

Police ask if you have information to contact them.

The Grand Island Police Department reported the wrong time for the arrest of Leofredo Romero-Sanchez.

"The arrest (of Romero-Sanchez) occurred around 7:25 am on 2/17/20, and not at around 5:25 pm as originally stated.” said Captain Jim Duering in a prepared release.