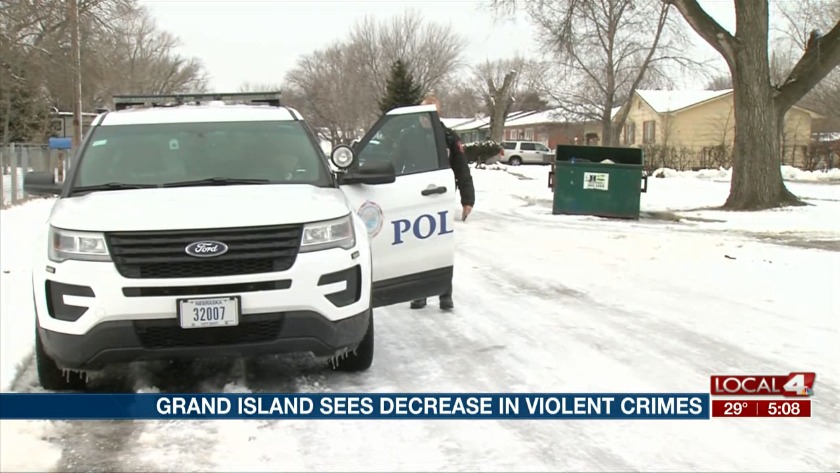 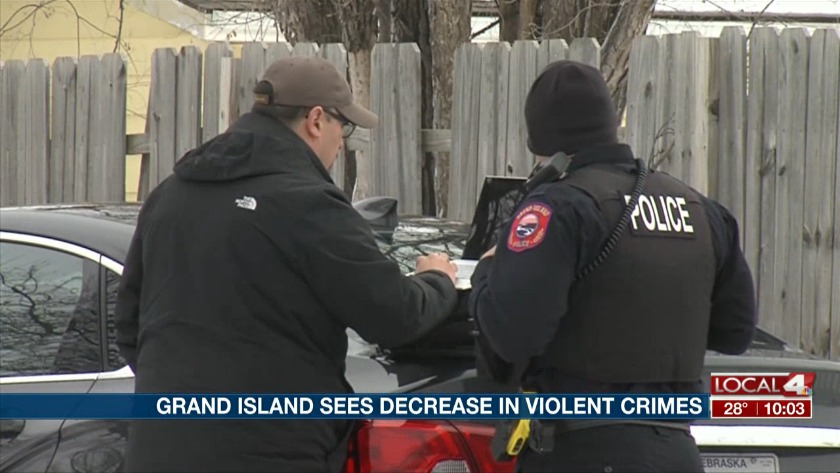 GRAND ISLAND, Neb. (KSNB) - The Grand Island Police Department released their 2019 crime report Friday morning and for the third year in a row are seeing a decrease in violent crimes. Even with those numbers are down, GIPD has still been keeping busy.

GIPD officers meet outside a house to respond to a call together. (Credit: Alicia Naspretto, KSNB)

Their call for service numbers have risen by just a few hundred since 2018. Those calls could be anything from a domestic disputes to noise complaints to one of those more serious crimes. Without a full staff, officers seem to be spending a lot of time going from one call straight to another.

Police Chief Robert Falldorf says recruiting new staff is one of their priorities for this year because having more officers out and about will also help those crime numbers continue to decrease.

He says while crime may never completely leave Grand Island, he believes their strategic and proactive policing will also help them continue to lower those numbers.

"There's an emphasis put more towards the type of policing we do," he said. "We're addressing targeted problem areas a little more than we used to in the past. I think that attributes to it as well."

The only area that is seeing an increase each year is in rapes. The chief says he believes it's not necessarily happening more often, just that more victims are starting to come forward.