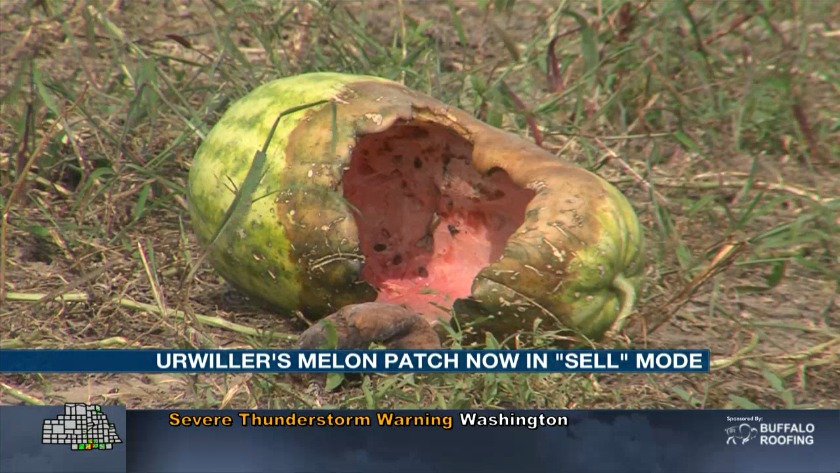 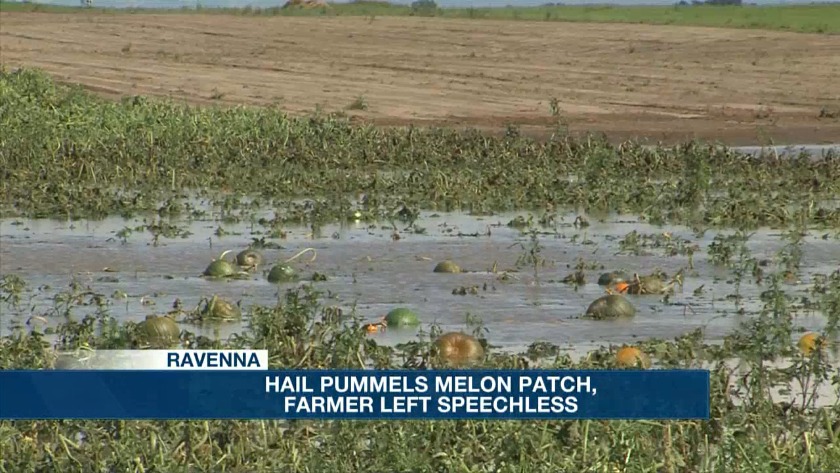 BUFFALO COUNTY, Neb. (KSNB) - The Urwiller's Melon Patch has announced they do have watermelons which survived the hailstorm early last week, although the numbers are few. Some are beginning to rot and ferment, but others are still green and in-tact. Rob Urwiller explained how he was monitoring the melons very closely. "As time went on this week, I noticed more and more started turning yellow, and basically were starting to rot."

Pumpkins exposed, floating in standing water after the vines were shredded by an hour-long hailstorm Tuesday night.

Since they first posted about the damage to their crop, the community has rallies around them with all sorts of donations. "We've gotten gift cards, people have sent us money with no return addresses in the mail, a lot of thank you notes." Rob said that many come to pick up a couple melons and don't take any change back. "It's been heart-touching to see how many responses we've gotten."

The upcoming Junk Jaunt is always a high-customer event, but the pumpkin and squash crops are also likely a loss. They intend on remaining open through the weekend, continuing to search for the ripest melons.

A popular produce stand along Highway 2 near Cairo sustained extensive damage to its fields from Tuesday night's hailstorms. At 1:30, severe thunderstorms were developing, and reportedly produced pea to golf ball hail for over an hour.

Rob Urwiller has been farming since he was 9, and in the 47 years since he said he hasn't had damage to this extent before. "The fruit itself, the melon, if it gets any kind of hail, it damages the outer layer of the skin."

If the plant itself gets damaged, that can also ruin the crop. Once the vine dies, it no longer feeds the melon. Rob said that even if the fruit is close to ripe, "it loses its flavor, and it will a lot of times spoil a lot quicker too." The dents in the fruits cause bruising and breaks in the skin, which can allow for bacteria to enter the meat of the fruit. This can cause it to rot from the inside out.

Over the nearly 50 years of the stand, the Urwillers have acquired a statewide reputation. Many locals come to visit, and there are several regulars from everywhere between Omaha to the Panhandle. With the pumpkins all but ruined, Rob fears that there isn't much left for the season. "Right now, that's my only hope, is the watermelons."

Grand Island, JBS officials to give COVID-19 briefing this afternoon

Helping out in any way possible

Agencies team up to raise money to support nonprofits

Grand Island, JBS officials to give COVID-19 briefing this afternoon

Helping out in any way possible

Agencies team up to raise money to support nonprofits