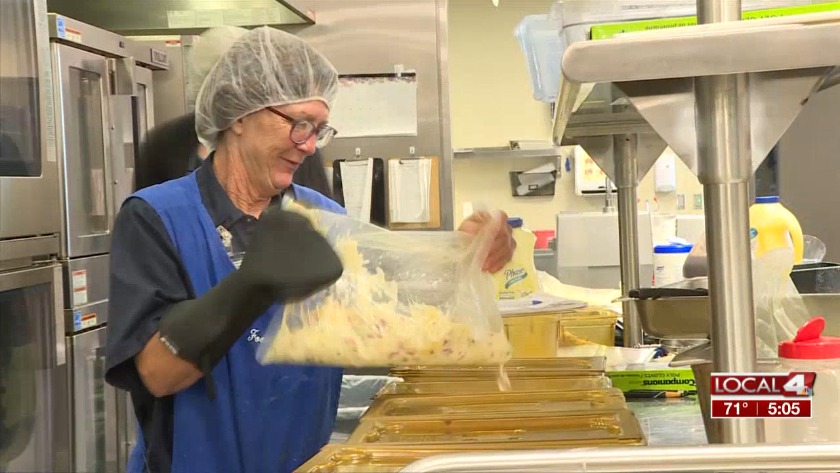 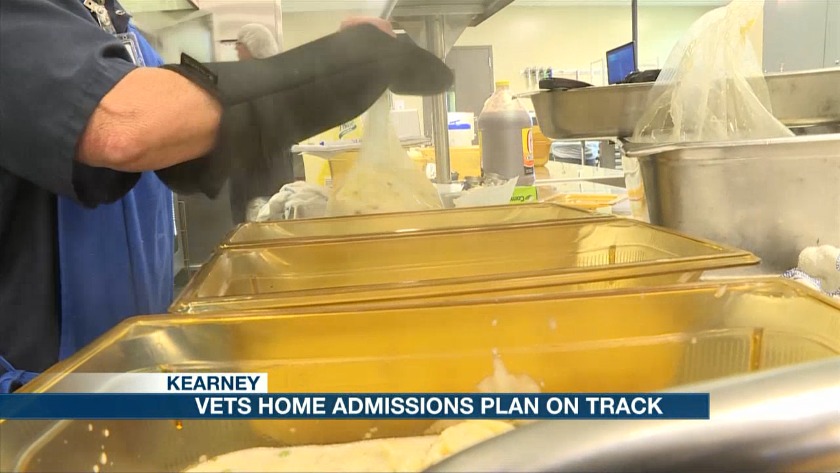 KEARNEY, Neb. (KSNB) - The pause on admissions at the Central Nebraska Veterans' Home is bringing up concerns for some, but people at the home say they're still on track with original plans.

Admissions is on hold at the Central Nebraska Veterans' Home due to a shortage of food service workers. (Source: Kelsey Dickeson, KSNB)

As of August 16, there were 205 names on the waiting list for the Central Nebraska Vets' Home.

"It's a huge impact on them," said Don Shuda, veterans service officer in Hall County. "In fact, we've got two veterans now that are needing immediate nursing care, but that's just not going to work for them."

Now, Shuda said they've had to look at other options.

Alex Willford, administrator of the Central Nebraska Vets Home, said there are a few reasons their dietary staff is low.

He said admissions is up 60 percent from what they had at the old home in Grand Island. More members, along with a new, more residential styled dining system at the Kearney facility, requires more staffing.

He said some employees also chose not to move to Kearney from Grand Island. The ones that did are transported on a bus provided by the home. There are more than 200 employees currently at the facility.

"I think there's been some specific circumstances with our dietary department, but really overall we've done really well with retention," Willford said. "Life is what life is. Sometimes people get sick. Sometimes they retire. So we've had a combination of everything."

There are currently 146 members living at the Vets Home. Right now, it's about two-thirds full with 79 empty beds.

The home was ahead of admissions before the pause. Willford said they've been letting in an average of ten members per month to let both them and staff get settled. They got ahead when they let in more than 50 members in the spring.

Until the home gets more food service workers, no more members will move into the facility.

"This pause is just that. It's to make sure we take good care of our members here that we've already admitted. Then once we're ready we can move on again," Willford said.

Willford said they're still on track to have a total of 190 members by the end of fall. He said they have ten members at the top of the list to move in once the pause is lifted.

If you want to check out the job listings at the Central Nebraska Veterans' Home, you can go to https://veterans.nebraska.gov/cnvh and click on "job openings."