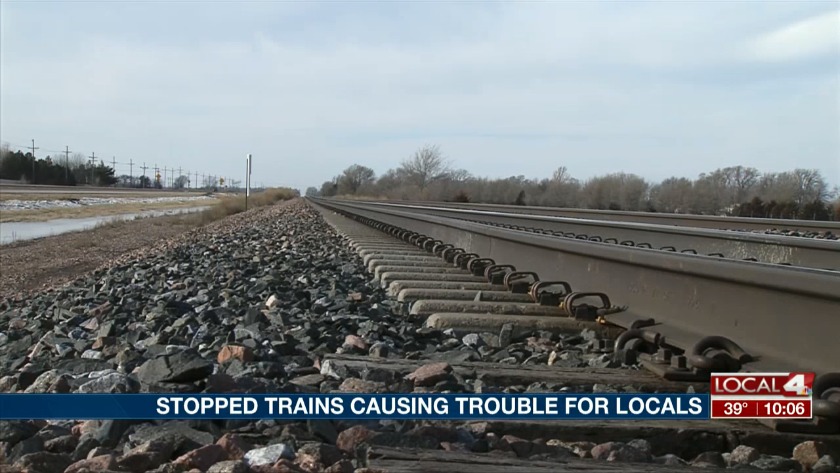 Hall County residents fed up with trains stopping in town 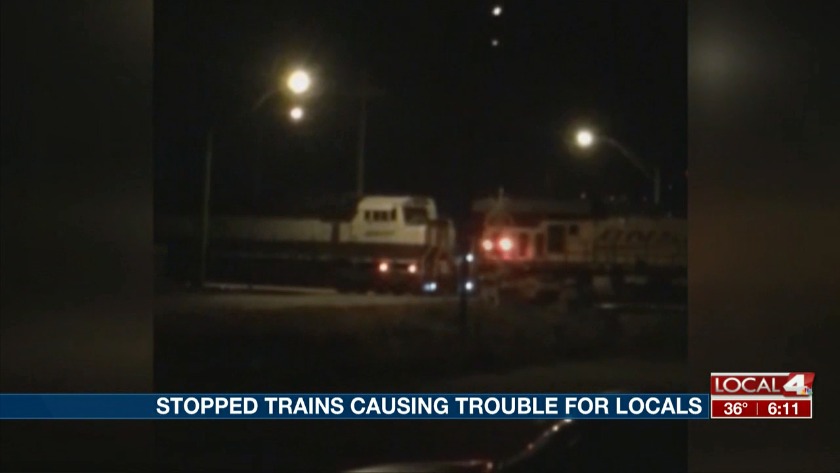 GRAND ISLAND, Neb. (KSNB) - Nebraska Public Service Commission will host a public hearing to listen to concerns about stopped trains in Hall County after locals say it's been getting worse year after year.

Neighbors to Grand Island railroad tracks are getting tired of trains stopping on the tracks and holding up traffic. (Credit: Alicia Naspretto, KSNB)

People who live to the train tracks are getting fed up with trains making stops in town, blocking intersections for hours at a time.

Shepardson has lived in Grand Island for 19 years and says the problem is just getting worse.

"The last five years it's just become very, very bothersome," she said. "When the train is parked here, the bell rings constantly and it is loud and it is annoying."

Her neighbor Rick Dubbs says it bothers him and his family's life as well.

"The reason I moved out of the Grand Island area into the country was for peace and quiet," Dubbs said. "I realized it would be close to the train tracks but I figured the trains would be coming through a matter of ten to fifteen minutes and pass through my area. It's just a frustrating thing that I didn't plan on when I moved out here to enjoy my retirement."

The neighbors first brought their concerns to the rail road but had no luck. In December they approached the Hall County Board of Commissioners who agreed something had to change.

"There's times that it is blocked for hours and hours at a time and the public shouldn't have to wait that long at an intersection," Comissioner Gary Quandt said. "We understand the railroads need to make money but not at the expense of the Hall County constituents."

Anyone who wants to share their stories or have their voice heard can attend the meeting on February 5th in the Hall County Board room at 10 am.