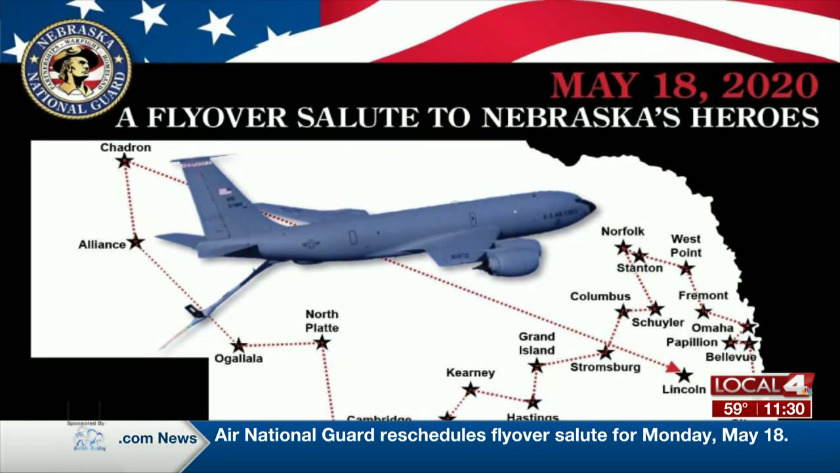 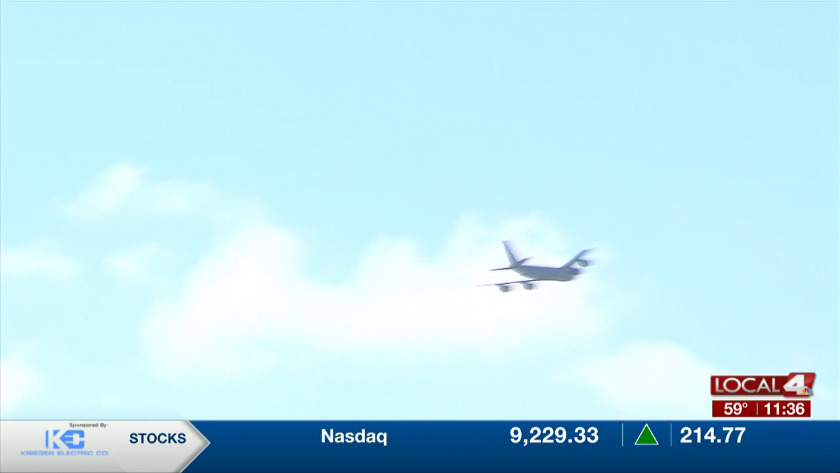 HASTINGS, Neb. (KSNB) - Skies cleared across central Nebraska in time for the Nebraska Air National Guard to salute healthcare workers as part of a statewide tour.

Their route from Grand Island to Hastings took them past the Local4 studios during the Midday newscast. Our cameras were able to catch a view of the KC-135 Stratotanker from the 155th Air Refueling Wing based out of the Lincoln Air National Guard base.

Local4 will have more reaction from those watching the fly-over later Monday.