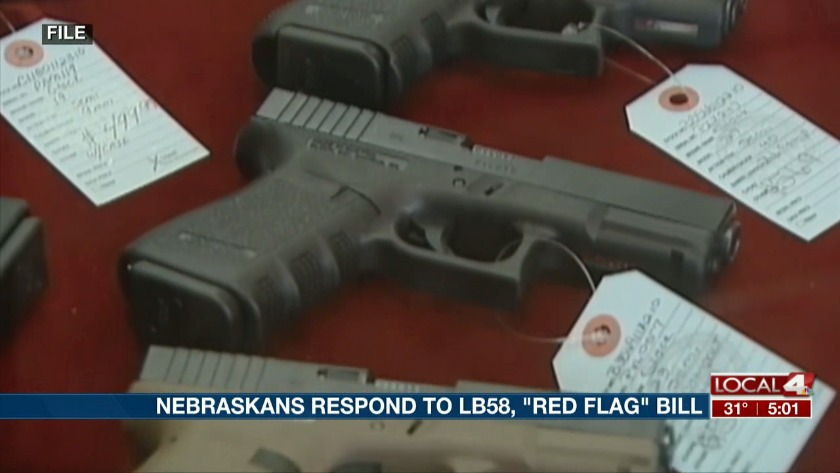 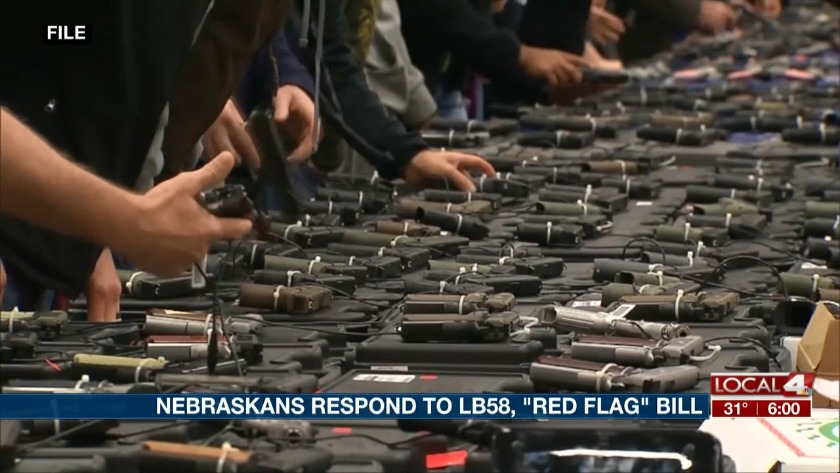 GRAND ISLAND, Neb. (KSNB) - A new "Red Flag" bill was introduced to legislature and it's getting mixed reactions from Nebraskans across the state.

LB58 was introduced by Senator Adam Morfeld of Lincoln. If passed, it would allow Nebraskans to flag another person as a risk and then a judge would decide if that person should be prevented from buying a firearm. That flag could last up to 12 months.

People against the bill call it a "gun grab" and say it could leave law abiding Nebraskans defenseless and unarmed. Supporters say it will get guns out of the hands of the wrong people.

"The only thing that the red flag law does, LB58, is ensure that the right people have guns," Robin Vodehnal, Rural Organizer for the Nebraskans Against Gun Violence, told Local4 News. "It will take guns out of the hands of people who will hurt themselves and other people. And a judge oversees the entire process."

Not everyone agrees with that mindset, including Nebraska Governor Pete Ricketts.

"LB58 would create a judicial weapon for anti-gun activists who wish to roll back the gun rights in our federal and state constitutions," Governor Ricketts wrote in his weekly column. ""Nebraska has a long tradition of protecting Second Amendment rights. It is important to be vigilant against legislative attempts to erode them."

The National Rifle Association also addressed the issue on Thursday. In a statement to Local4 News, spokesperson Catherine Mortensen said:

“Nebraska already has laws on the books to keep firearms out of the hands of the dangerously mentally ill. LB58 is a straight up gun grab that would trample on the constitutional rights of Nebraskans and do nothing to make anyone any safer."

Another bill is also aimed at changing gun laws. LB816 would require a 2 day waiting period after purchase and for officials to do a thorough background check for up to 5 days. That bill will be heard Friday afternoon.

LIVE at 11AM: Grand Island mayor, local health department give update on COVID-19

LIVE at 11AM: Grand Island mayor, local health department give update on COVID-19