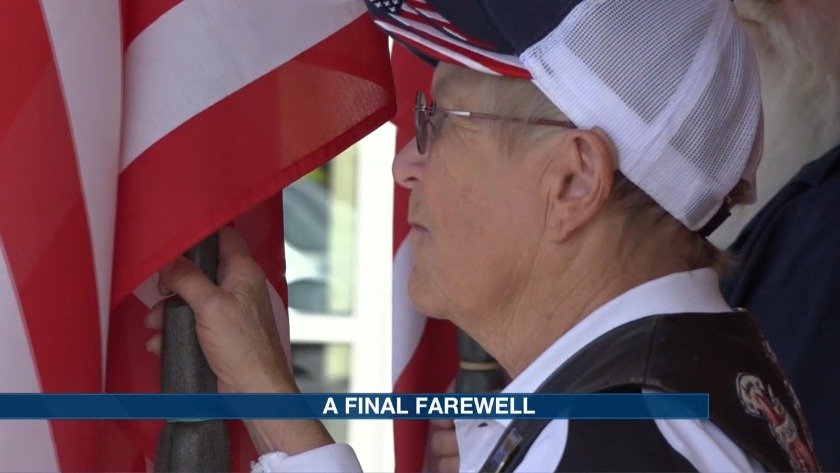 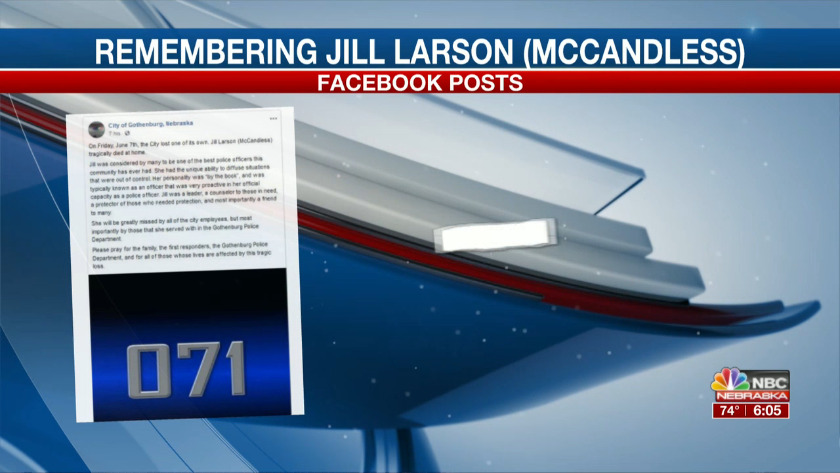 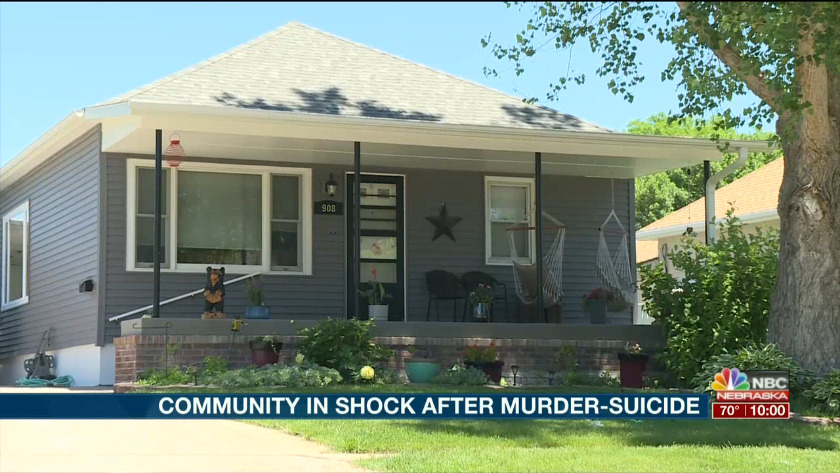 GOTHENBURG, Neb. KNOP-TV Funeral service for Gothenburg Police Officer Jill Larson was held Saturday in Gothenburg where she served the local police department for the past ten years.

Family and close friends, including 80 law enforcement officers from across the state paid their final respects to Officer Larson inside the gymnasium at Gothenburg High School.

Officer Larson was described as kind, loving and a protector of her community. She was also remembered as a woman of strong faith who loved her Savior, Jesus Christ.

The tragedy has weighed heavy in the hearts of not only the community, but the law enforcement community as well.

A public burial was held at the Gothenburg Cemetery.

Officer Larson is survived by her mother, three children and two brothers.

June 11, 2019:
No word yet from the Dawson County Attorney on how the investigation is proceeding into the death of a Gothenburg police officer.

In the meantime, friends and colleagues are publicly making statements about Officer Jill Larson (McCandless).

Her number was 71 in the Gothenburg Police Department. She was killed by her husband Saturday night in an apparent murder-suicide.

The City of Gothenburg posted this message to their Facebook page:

"Jill was considered by many to be one of the best officers this community has ever had. She was a leader, a counselor to those in need, a protector of those who needed protection, and most importantly a friend to many."

Residents in the Dawson County Community are sharing just how kind Officer Larson was.

The community of 3,500 is a close-knit community and that bond has grown even more after this terrible tragedy.

"She's kind, she made you feel comfortable, like you could talk to her," said Rebecca Blake. "The younger kids really took to her, I mean she was good with kids. She had a personable face, very loving."

"She would be driving around in her squad car and if she saw you at an intersection or I would be sitting out on my deck she would see and she would still wave," Elaine Helmuth said.

"She was a good, honest human being," said Kay Anderson. "I mean she wasn't just out to get somebody. She was just a good, hard-working gal."

Interment will follow in the Gothenburg Cemetery, Gothenburg, Nebraska.

Memorials may be given to the Gothenburg Backpack Program or in memory of Jill for the community to be determined later.

June 10, 2019:
A memorial continues to grow on the front lawn of the home where a husband and wife were found dead in what's believed to be a murder-suicide.

"Not very good, it was pretty hard," said family friend Kay Anderson. "I really loved that little girl. It's a big loss."

According to the Dawson County Attorney's Office, law enforcement were called to the home Saturday night after a relative discovered the bodies of 53-year-old Jill McCandless and her husband 52-year-old Jeff McCandless.

"She would come in to get rolls and she and her husband would come together and get rolls and have a morning date," said Deb's Diner Front Lady Rebecca Blake. "They were in love, I think, yeah."

A preliminary investigation indicates that Jeff shot and killed Jill before turning the gun on himself.

"It's too bad, you know, it's just a sad situation that we have to lose somebody like that in the community," said Gothenburg Resident Elaine Helmuth. "Anytime there is a death in the community it's hard on anybody."

Jill was a police officer for the Gothenburg Police Department.

"When she first started, people had trouble accepting a woman being a police officer, but she did her job and she did it well," Anderson said.

Our efforts to reach the Dawson County Attorney have been unsuccessful.

However, the North Platte Police Department is also reacting to the death of Officer McCandless. A Facebook message says, "our thoughts and prayers go out to the family, friends and co-workers."

According to the Gothenburg Leader, a Gothenburg police officer has been found dead after an apparent murder-suicide on Saturday night.

Nebraska State Patrol was dispatched at approximately 9 p.m. to the home of Officer Jill McCandless. Upon arrival, NSP found the bodies of Jill and her husband, Jeff McCandless.

According to officials, preliminary reports indicate Jeff fatally shot Jill before turning the gun on himself.

Jill had served on the Gothenburg Police Department since 2010, becoming only the third woman on the force. Police Chief Randy Olson was not available for comment.

Investigation of the incident is ongoing by the Nebraska State Patrol and Dawson County Attorney's Office.

This story will be updated as more information becomes available.