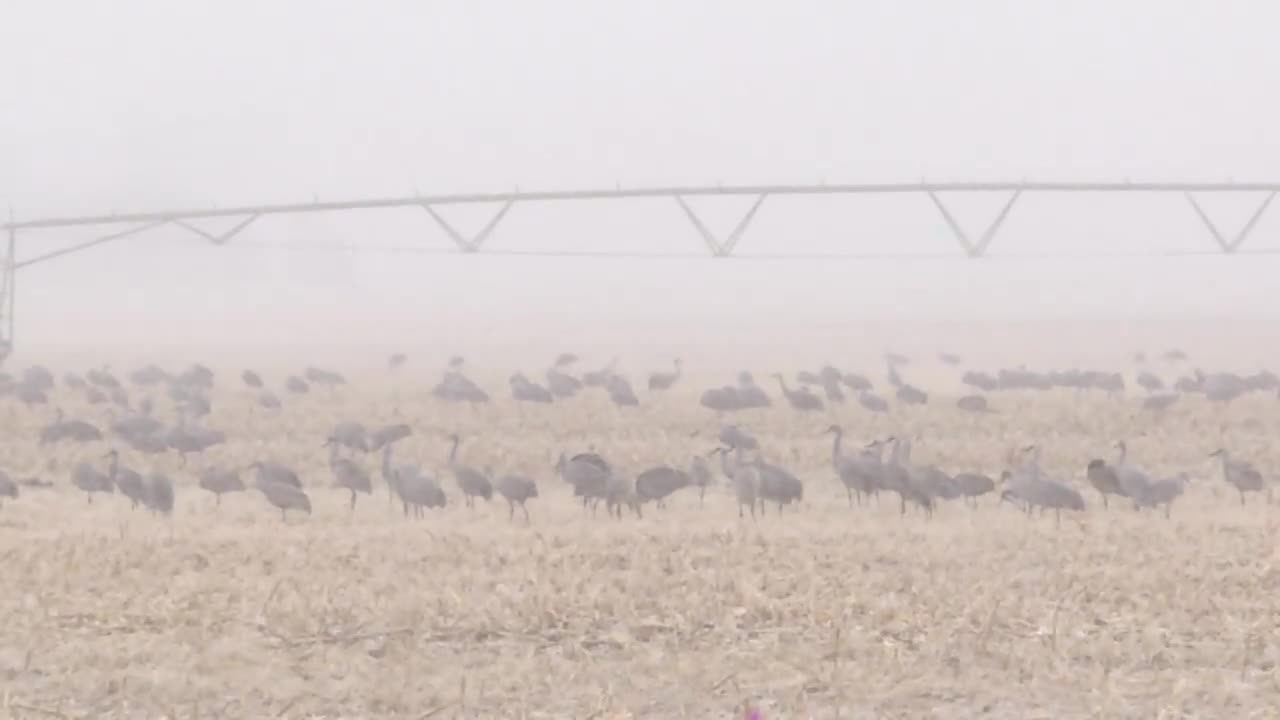 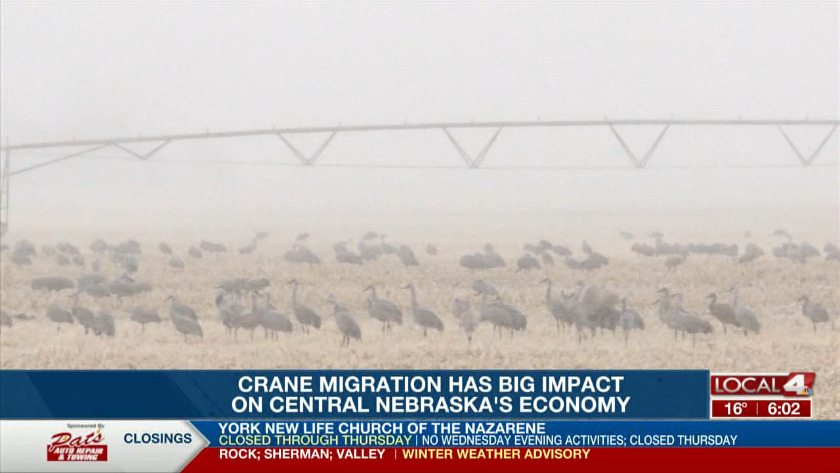 WOOD RIVER, Neb. (KSNB) - As the sandhill cranes fly to Central Nebraska for their annual migration, they unknowingly bring millions of dollars with them.

A 2017 study lead by UNK outlines the economic impact of the sandhill cranes. It shows the migration brought in $14.3 million in tourism dollars in a 13-county area.

"Many, many countries from around the world descend on the area, and that does impact things like restaurants, the museums in the area really do see an uptick in people that time of year," said Brad Mellema, executive director of the Grand Island Convention & Visitors Bureau.

The study shows more than 46,000 people flock to Central Nebraska to see the migration every year, 93 percent of who are from out of town.

While in the area, each visitor spends more than $90 a day.

"Those are dollars, new dollars from other places that come to our community as a direct result of this ecologic tourism event that we have," Mellema said.

Thousands of cranes are already roosting in fields near Wood River before heading to breeding grounds up north. Andrew Caven, director of conservation research at the Crane Trust, said as of February 18 they counted more than 13,000 cranes in the area.

He said their migration use to start in March and peak in early April. Now it's from mid-February through mid-April.

"They're definitely advancing their migration. They're coming earlier, staying longer and broadly moving east to places on the Platte River where there's still functional wide channels and wet meadow habitat within a short distance of the river," Caven said.

The Crane Trust originally started as a group to protect the whooping crane's habitat. Now, they devote their resources and spend the year protecting and preserving the ever changing ecosystem.

With hundreds of thousands of cranes on their way, the Crane Trust is getting ready for visitors from all over the country to roll in.

"Sandhill cranes are one of the last great migrations of the world," Caven said. "It's always exciting to see, and it always happens different every year. You can observe it year end and year out, and it's always different."

You can view the cranes at the Crane Trust and Rowe Sanctuary starting in March.

Stepping up and helping out

Stepping up and helping out