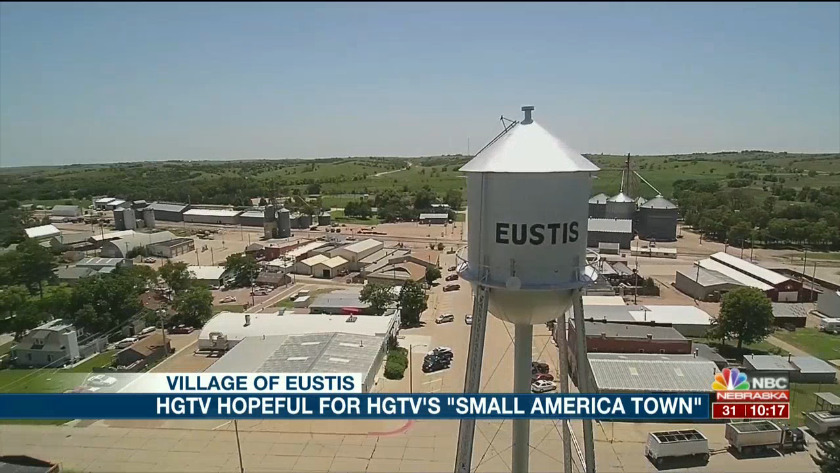 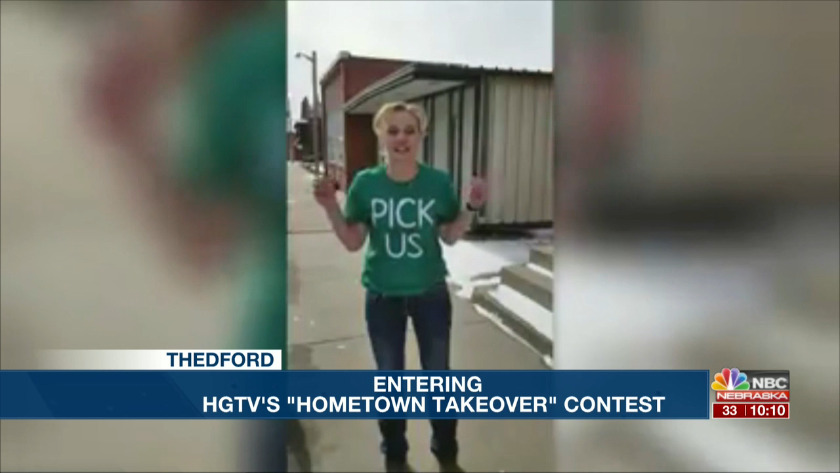 THEDFORD and EUSTIS, Neb. (KNOP-TV) - The Villages of Eustis and Thedford are both anxious to get a phone call or message from HGTV. Both towns had less than a week to put together a video which might catch the eye of a producer at the cable tv network.

The people from the Villages of Eustis and Thedford have created videos showcasing the love of their communities hoping to be chosen as one of six small towns across America to be showcased and revitalized by HGTV. (SOURCE: KNOP-TV).

The six-episode special event is slated to air on HGTV in 2021, where six towns will be featured. Those vying for a spot must have a population under 40,000 which Thedford and Eustis easily meet. Thedford has a population of 211, and Eustis, 375.

HGTV says the selected town "will witness the rehab of multiple individual family homes and the revitalization of public spaces, such as parks, local diners, and recreation centers."

Bridget Licking of Thedford loves her hometown and would love to see a town center, which would be the "hub of the community," she says, "be revitalized." Licking, along with Alicia Clark and Chase Rath created their own unique video for their entry to HGTV. Licking said she really wanted to emphasize the nature of volunteerism in Thedford. She said so many people give to the community without ever getting any recognition. She said the high level of volunteerism is the "heart of Thedford.

The Village of Eustis used the talents of many people in their small town to quickly put together their video. Sharon Larson, Treasurer of the town's economic development group, FOOI (For Our Own Interests), said it didn't take much time for a small committee to create their town's video.

In less than a week the Eustis group hashed out ideas and pulled together new and old video, signatures needed for releases, and permission to use Nebraska artist Rachel Price's song, "Little Nebraska Town," to submit their entry to HGTV before a quickly approaching deadline.

Larson said, "We are proud of our town, and in a struggling economy we want to take every opportunity we can. Eustis has a lot of talented people who want to make things happen. This is another way to get Eustis on the map."

Eustis is the home of the Village Pie Maker and Wurst Tag, but Larson says it is also home to people with a strong German heritage, tying them together to keep them moving forward. She said if Eustis is selected by HGTV, they will decide once they see the fine print if they will let the cable network show "take over" their town.

As for Thedford, Licking advertises Thedford as "a diamond in the rough," in the Sandhills. She said people of all ages are very excited for the opportunity to enter the HGTV contest. She said she and others are hoping for a revitalized town center which would be the "hub of the community."

Licking said, "Everyone is excited. Our town is the heart of the Sandhills, and I will jump up and down and scream and run down the street if we are chosen. I did promise to tell my 11-year old daughter first, though, if HGTV calls."

Nebraska lawmakers pick priorities as time starts to run out

Nebraska lawmakers pick priorities as time starts to run out