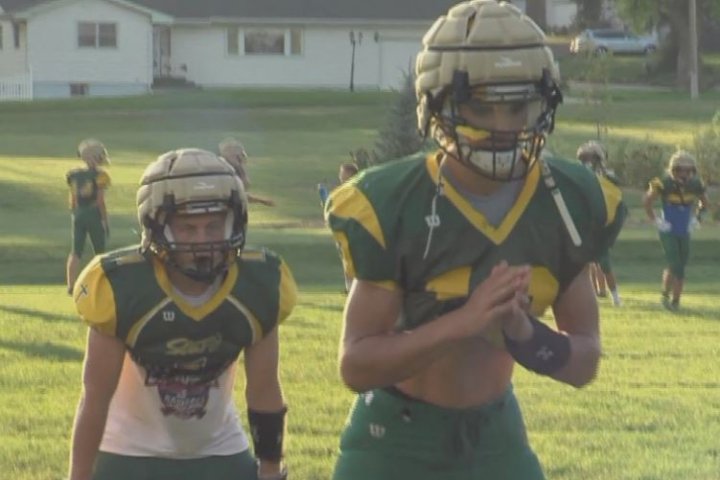 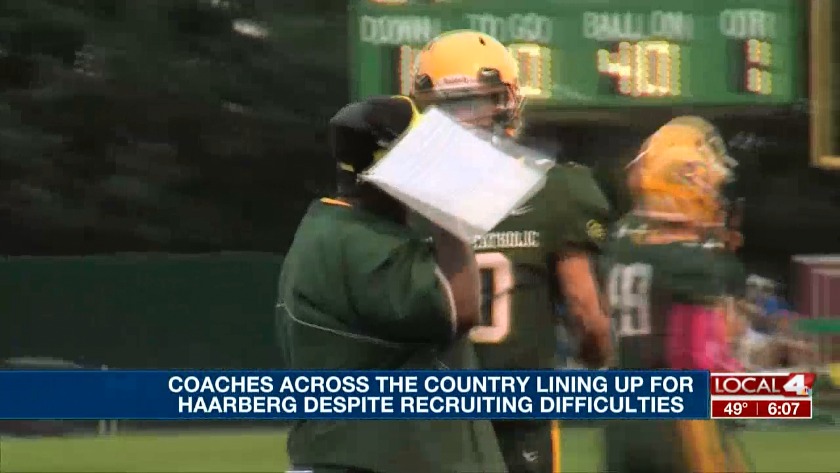 Heinrich Haarberg looks on during practice.

"In between all classes, I've been on the phone every second basically," said Haarberg.

He's been on the phone with college coaches who are recruiting the 6'5" junior to play quarterback.

Most recently Boston College offered him, making him the first Nebraska high school quarterback to get a power five conference offer in 16 years.

He's also been getting interest from several other prestigious schools. The likes of Nebraska, Utah, Oregon and Auburn.

"A lot of schools that you watch on Saturdays, I'm on zoom meetings with them and that's super cool," said Haarberg.

This is just the beginning for the three-star recruit and Elite-11 camp (a camp that hosts the best quarterbacks in the country) attendee.

He hopes this attention he's receiving will help put Central Nebraska on the map.

"The wave is just starting and i think it will be a cool ride. And hopefully it will bring back some attention to central Nebraska football. We just get overlooked here," said Haarberg.

This hasn't been an easy process though. The virus outbreak has made it impossible to visit schools and meet with coaching staffs in person.

So he's had to rely on sending videos of him throwing and working out, and the relationships he's building through technology

"I like to gauge how interested a college is in me by if they come and see my throw or come and see me at school. Obviously they can't do that so determining what is legitimate interest and what they are just throwing out there is a little bit of a challenge," said Haarberg. "But you can kind of tell through some of these meetings and how much I guess attention they give you."

Haarberg is far from making a final decision, but he says the schools' coaching staff is most important. He wants to go somewhere that he has strong relationships with the coaches, and sees a proven track record of developing players.

Right now Haarberg is enjoying the ride, but he still has his eyes on his final season with Kearney Catholic this fall.

Where he hopes to help lead the stars to the C-1 State Championship in Lincoln.

"I mean we're just super excited for this year. Hopefully we can just go out there and dominate."