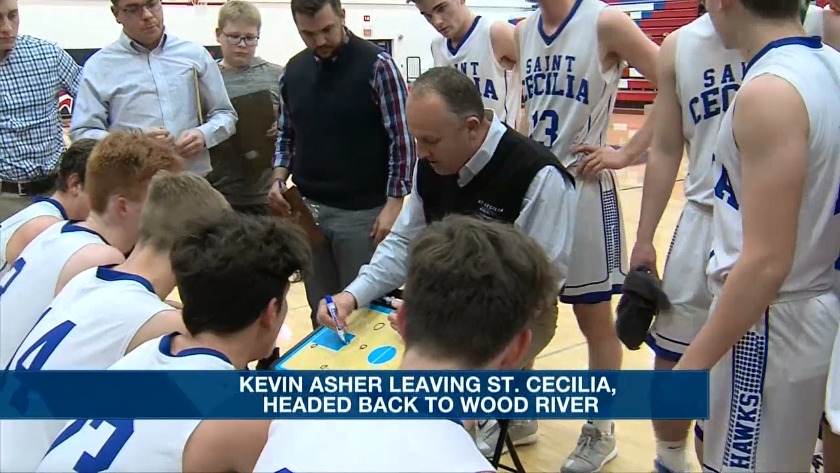 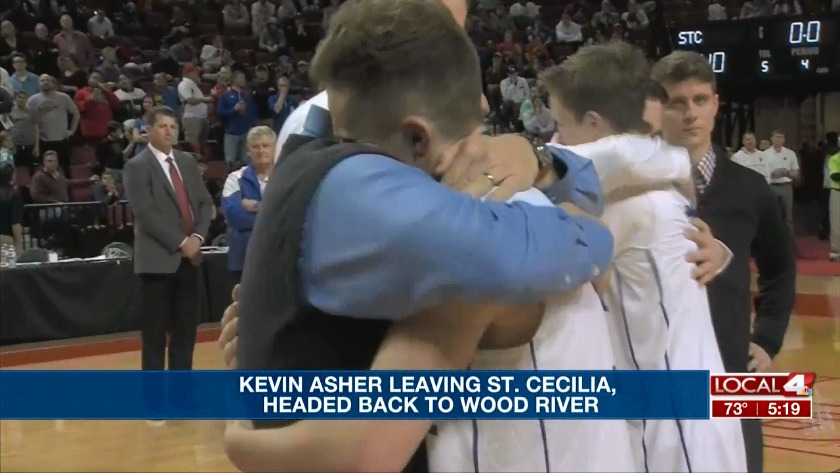 Kevin Asher steps away from St. Cecilia, headed back to Wood River

HASTINGS, Neb. (KSNB) - A run that may never be duplicated.

Kevin Asher gives direction to his team during a timeout.

From 2008 to 2018, the St. Cecilia boys basketball team made it to six state championship games, winning five of them.

Kevin Asher took over that team in the fall of 2008, where he has coached for 12 years. Until today.

"To share it with my own kids was really, really special. A lot of people don't get to do that. I was extremely fortunate, I'll be forever grateful for the people here who allowed that to happen," said Asher. "They really let you coach their kids, it was really a great place to land at the time. I've learned a lot from all the people here. We've built a lot of relationships over the 12 years and that's the main thing I'll miss the most. Is just being able to see those people on a daily basis."

"The people are great, the culture is great. We've done a lot of good things, and my kids grew up here. That was the thing that was the hardest to look back on, is all these memories we made here," said Asher. "A lot of the families we're still really close with, but moving forward, for my family it was best to move on."

Prior to his time in Hastings, Asher coached the Wood River boys basketball from 2004 to 2008.

"Wood River has a good system. I was there for four years before this position and knowing that the faculty is still intact means a lot. Because that means they have a lot of stability there," said Asher. "You know a lot of factors went into it, but just being able to stay close to the area was one of the main reasons."

Even though he is leaving St. Cecilia, Asher said he still plans on coaching the Hastings Senior Legion baseball team in the summers. A year ago he led Hastings Five Points Bank to a deep run in the Mid South Regional, hosted at Duncan Field.

As for this summer, he said there's still a lot of questions to be answered as to whether the team will take the field.