HASTINGS, Neb. - The 4th ranked Hastings College Lady Broncos advanced to the GPAC Championship with a 65-44 home win over #8 Morningside College on Saturday afternoon. Now Hastings will travel to Seward for round three against #2 Concordia in the GPAC Conference Championship.

Players huddle on the floor before the start of the second half.

Coming out the gate, the Lady Broncos opened the game on a 10-0 run starting with a three-point basket from Kaitlyn Schmidt to get things going. A pair of free-throws from Schmidt would extend the lead to 16, as Hastings leads 21-5 with 3:44 left in the first. Back-to-back baskets by the Mustangs would cut the lead 11 but a pair of free throws would help the Lady Broncos take a 25-12 lead at the end of the first quarter.

Both teams would start the second quarter off sluggish as the first made basket wouldn't happen until the 4:42 mark after a lay-up by Morningside to make it a 27-16 game. Hastings would make the next three baskets with the help from Sophia Pankratz (SR/Hastings, NE), Taylor Beacom (SO/Papillion, NE), and Gabby Grasso (SR/Omaha, NE) to take a 17-point lead into the half, leading 33-16.

The Mustangs open up the second half with a three-pointer before Emma Grenfell (SR/York, NE) would drain one of her own to push the lead back to 17. After a steal from Ali Smith (SO/Ord, NE), she would find Grenfell for the easy basket to extend the lead to now 24. A three from the Mustangs would end the run as the would enter the final quarter still trailing 53-32.

As the fourth quarter got started, Grasso would put her name in the Hastings College history books as her basket would make her the 30th Lady Bronco to reach 1,000 career points. Just a couple minutes later Grasso would move up on the record book with her block at 7:46 would tie for third place in all-time blocks in school history.

Morningside cut the lead to 16 but the Lady Broncos would then go on a 10-2 run to make the score now 65-41. The Mustangs would make the final shot as Hastings will move on with a 65-44 victory.

Schmit would lead the Lady Broncos with 15 points on 5-for-12 shooting and pulled down four rebounds. Grenfell would follow right behind with 13 points on 4-for-10 shooting and five rebounds and three steals. Pankratz added 11 points shooting a perfect 5-for-5 from the field and led the team with seven rebounds and four assist. Shandra Farmer (SR/Hastings, NE) had 10 points while also getting six steals and grabbed four rebounds. Grasso also had eight points with five rebounds and three blocks.

The Lady Broncos will return to the floor on Tuesday, March 3rd when they go on the road as they look to get revenge on #2 Concordia with tip-off set for 7:00 pm CT 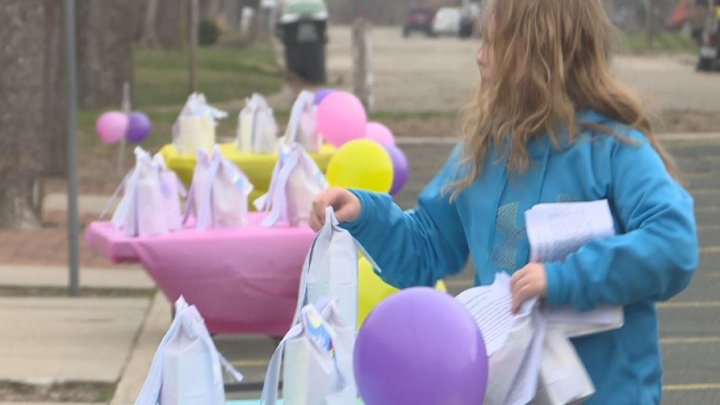