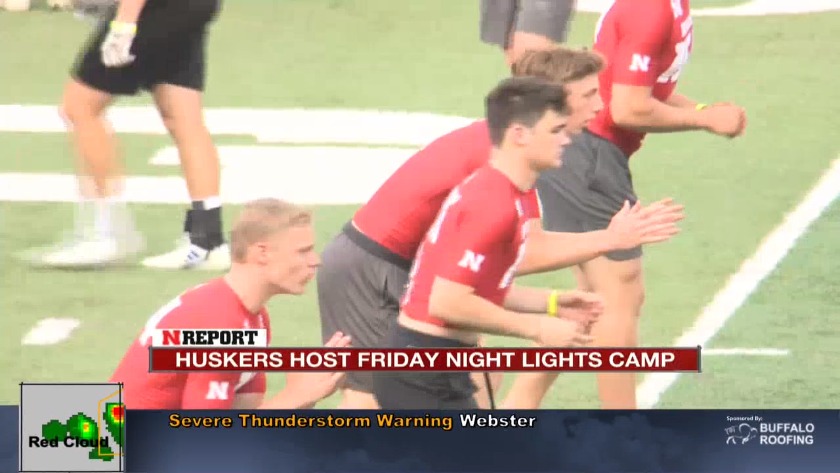 LINCOLN, Neb. (KOLN)- Nebraska Football will host its Friday Night Lights camps on June 14 and June 21 at Memorial Stadium. For this first time Nebraska will host the National Adidas Offensive Line/Defensive Line Pipeline Camp, with that event set to take place on Saturday, June 15. Each of the three events will be free and open to the public.

Both Friday Night Lights events will take place from approximately 6-8 p.m., with gates to the stadium open at 5 p.m. Fans may enter the Stadium through Gates 3 (SW corner) and 11 (NW corner).

The OL/DL camp will run from 11 a.m.-2 p.m. on Saturday, June 15 with gates opening at 10:30 a.m. All seating for the camps will be in the lower bowl of West Stadium, and the West Stadium concourse will not be available.

Restrooms will be available at field level in the northwest and southwest corners, as well as South Stadium. Fans in need of ADA restrooms should access restrooms in the northeast corner.

Fans attending any of the three camps may park in the West Stadium parking garage, and the Champions Club parking lot. Those lots will be cashiered.

Concession stands will not be open, but fans may bring their own water and snacks into the event. Coolers will not be allowed. Fans are encouraged to travel light to expedite entry into Memorial Stadium.