With a roster of eight upperclassmen who were used to Buttermore, Allard wanted to make something clear heading in.

"I'm not going to come and turn your world upside down. I want to keep things a smooth transition. So, I'm not going to rock the boat. I'm going to do a lot of things the same way because you've been so successful in the past," Allard said. "So, I told them they're is going to be minimal changes and I think that I've implemented minimal changes and I think that they appreciate that to. That I'm not coming in and changing everything."

The players are excited to learn under Allard but they are still addusting to her way of doing things.

"Some of stuff that we've learned in the past has been drilled into our heads," Right-Side Hitter Lucy Skoch said. "So, just keeping an open mind is definitely hard but we are really looking forward to learning some new stuff."

The Broncos won the NAIA National Championship in 2016. Only the freshman from that year's team remain on the roster and like the way she is taking the team.

"I think its going well. It is difficult at times to have learned something or how to do a skill a certain way for three years and then changing it," Outside Hitter Cassidy Ostrand said. "I think the adjustments we are making are good and will be beneficial to the team in the future."

Trying to fill the shoes of Buttermore does not scare Allard but she is excited to take on the challenge.

First game for the Broncos is August 21 at Lynn Farrell Arena. They take on Corban University. 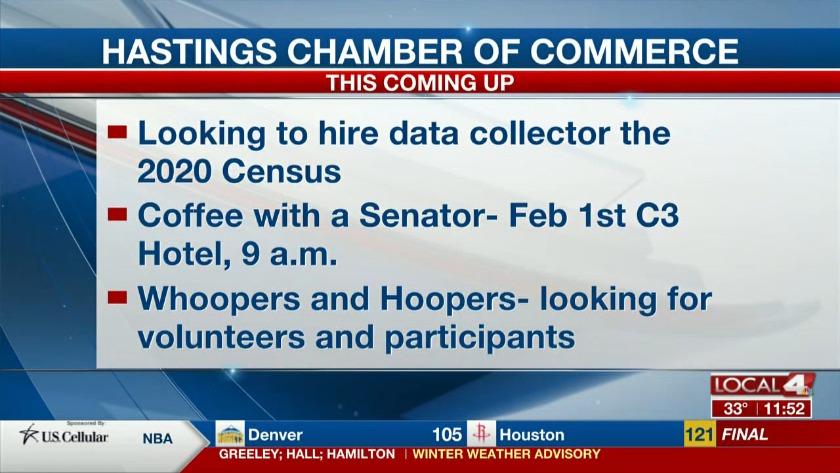 Video: Events coming up for the Hastings Chamber of Commerce

Video: Events coming up for the Hastings Chamber of Commerce