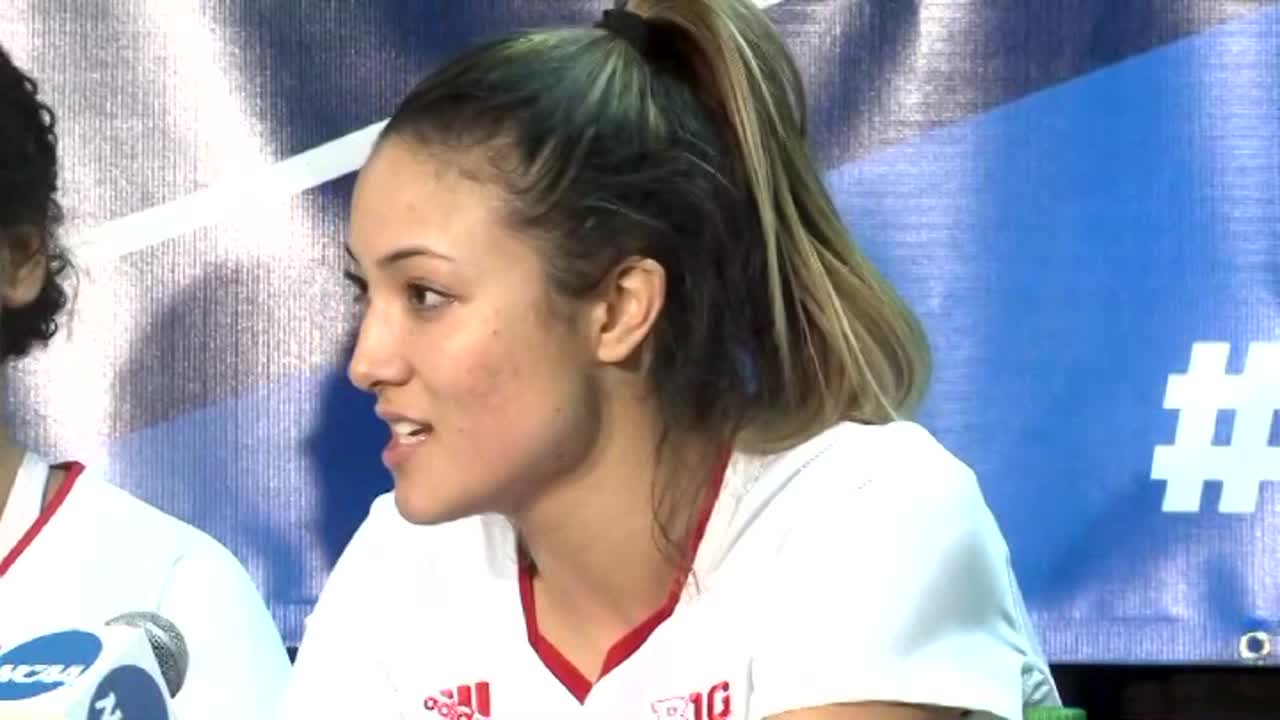 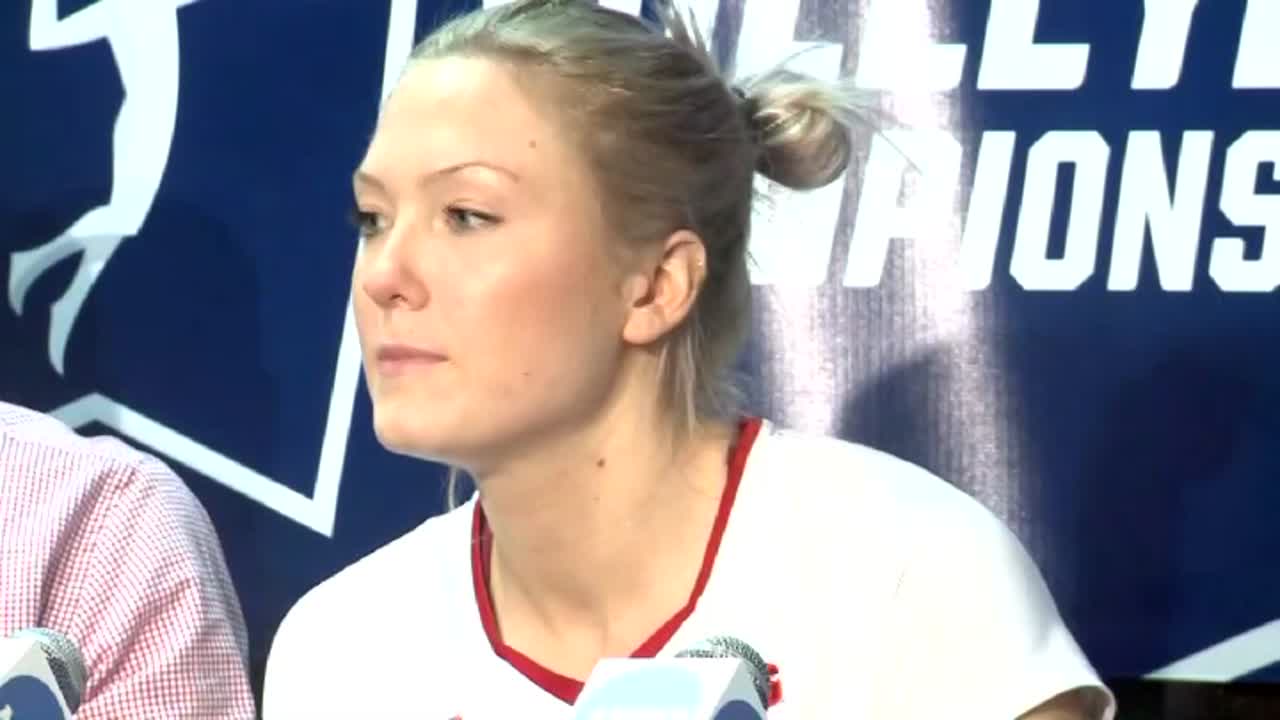 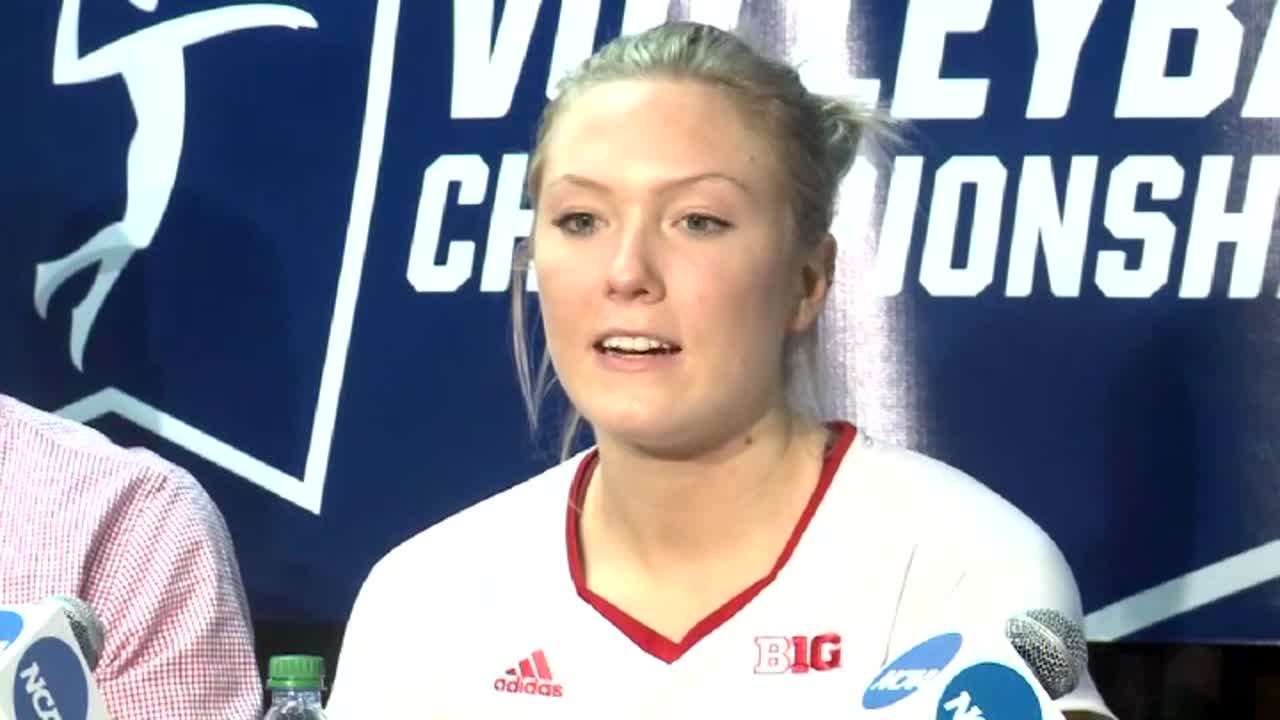 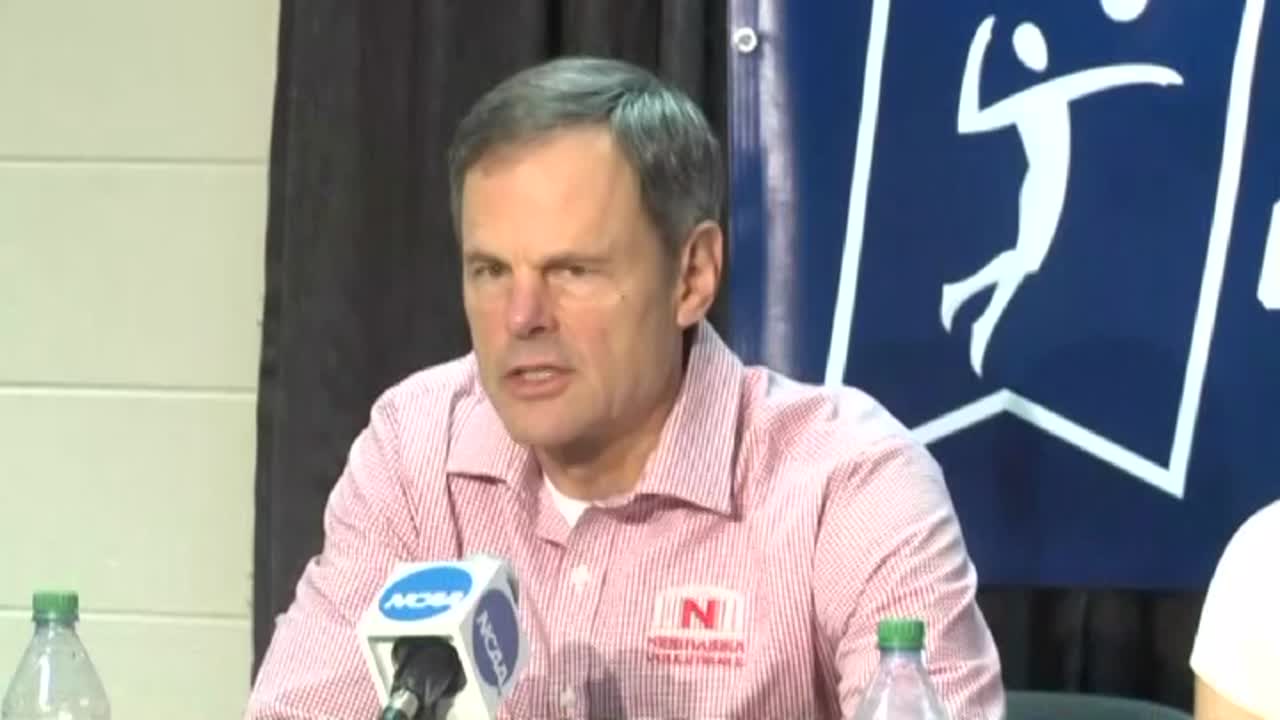 John Cook on Huskers vs Hawaii

The fifth-seeded Huskers rallied to win set one by two points after trailing for most of the set, and the Huskers went on to battle past the 12th-seeded Rainbow Wahine in sets two and three in the first postseason match-up between the teams since 2002.

Nebraska (28-4) will face No. 4-seed Wisconsin in the NCAA Regional Final on Saturday at 5 p.m. The Badgers swept 13th-seeded Texas A&M in Friday's first regional semifinal. The Huskers will be looking to avenge two regular-season sweeps to the Big Ten champion Badgers. Saturday's match will air on ESPNU and can be streamed on WatchESPN.com and the WatchESPN app. Husker Sports Network will broadcast the action on HSN affiliates, Huskers.com and the Huskers app.

Lexi Sun had 14 kills and hit .619 to go with nine digs and two blocks. Jazz Sweet racked up 12 kills and hit .345, while Madi Kubik and Lauren Stivrins each posted seven kills.

Nicklin Hames set the Huskers to a .312 hitting percentage, and the sophomore setter had 36 assists, eight digs, three kills and two aces.

Set 1: Hawaii claimed an early 8-5 lead with three kills and a block by Van Sickle. A pair of Hawaii errors allowed NU within 10-9, but Hawaii went back up by three, 12-9, after a kill and a block. Sweet tallied a pair of kills for NU, but Hawaii maintained its three-point edge at the media timeout, 15-12. After the timeout, Stivrins posted a kill, and Hames dumped a kill and served back-to-back aces to pull the Huskers even at 16-16, the first tie since 4-4. Sun killed from the left side to give NU its first lead of the match at 17-16, but Hawaii answered with two kills to go back up 18-17. Schwarzenbach and Sweet tied the score at 19-19 with a block, but a Husker service error and Hawaii kill made it 21-19 Rainbow Wahine and forced a Husker timeout. Sweet recorded her fifth kill to cut it to 21-20, and Hawaii got whistled for a back-row attack to tie the set again at 21-21. The teams traded kills to a 24-23 Hawaii lead, but a service error made it 24-24. Sun pounded a kill to earn Nebraska set point at 25-24 and force a Hawaii timeout. NU committed a net violation on the next rally, but Sweet earned another set point with another kill. Hawaii answered with a kill, and the Rainbow Wahine claimed set point at 27-26 with a block. After a long rally, Hames dumped a kill to make it 27-27, and Stivrins and Sweet teamed up for a block for a third chance to win the set. This time they succeeded after a Hawaii hitting error made it 29-27.

Set 2: The Huskers ripped off a 6-1 run to begin the set. Sun had a kill and an ace, and Sweet had a kill before Schwarzenbach posted back-to-back blocks, one solo and one with Kubik. Hawaii used a 4-0 run to get within 10-9. Kills by Stivrins and Sun helped NU remain in the lead at 13-10, but a pair of unforced hitting errors and a mishandled serve by the Huskers tied the score at 14-14. Kubik responded with a kill, but Hawaii took advantage in the serve game once again, benefiting from a Husker error and another reception error, and the Rainbow Wahine led 16-15, their first lead since 1-0. NU fought back with back-to-back blocks by Sun and Stivrins to restore a 19-17 lead, and Kubik served NU's fourth ace for a 20-17 lead. Another good serve by Kubik caused a bad pass by Hawaii to make it 21-17. Schwarzenbach recorded a kill for set point at 24-19, but Hawaii fought off three set points to cut it to 24-22. After a timeout, NU took the set 25-22 on an attacking error by Hawaii. The Huskers held Hawaii to -.033 hitting in set two.

Set 3: Nebraska went up 5-1 with two kills by Sun. Then Kubik, Sun and Stivrins answered a 3-0 Hawaii run with consecutive kills that made it 8-4. But Hawaii dropped four more kills to the floor to tie the set at 8-8. Stivrins came up with a kill for Nebraska, and Hawaii hit wide to give NU a 10-8 advantage. Two more kills from Sun and one from Sweet had the Huskers ahead 15-12. Hawaii got within one point on four occasions, but Nebraska answered each time. A kill from Sun made it 19-17, and a block by Schwarzenbach and Hames increased the lead to three, 20-17. After a kill by Van Sickle, the Huskers got a block by Sweet and Schwarzenbach and a kill by Sun to go up 23-18. Sun closed out the match with her 14th kill.