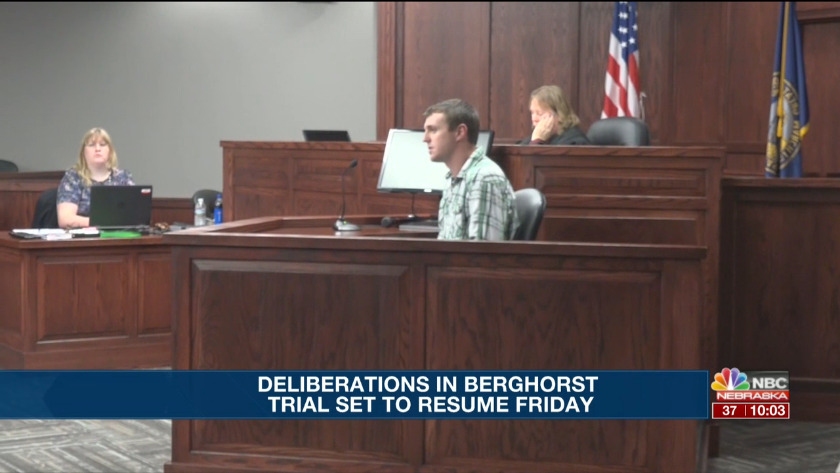 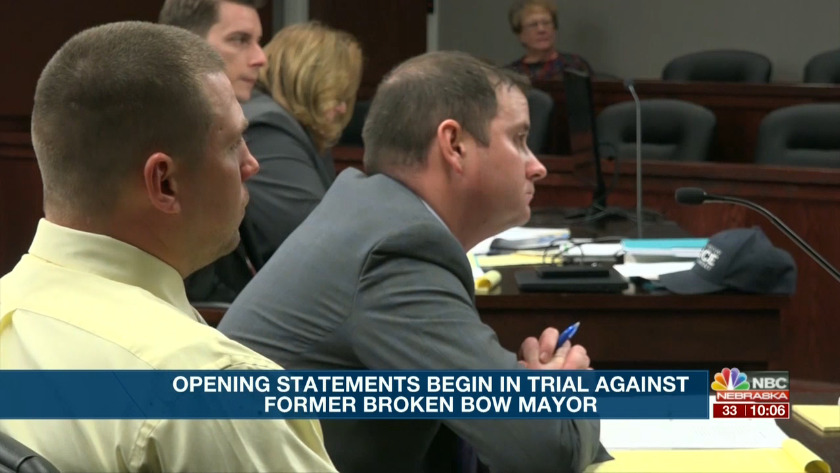 BROKEN BOW, Neb. (KNOP) - After five hours of deliberations, the jurors in the Jonathon Berghorst trial were unsuccessful in reaching a verdict.

Testimony wrapped up Thursday morning as attorneys offered closing arguments in the assault case in Broken Bow. However, the panel of six jurors failed to come up with a verdict during day two of the trial. (Source: Beatriz Reyna/KNOP-TV)

However, they shared before ending the day that they had a decision on only one of the charges.

Deliberations will continue Friday at 9 a.m.

Testimony wrapped up Thursday morning. Three witnesses took the stand, all of whom are friends of Berghorst. They testified the former Mayor was not fighting at the bar as it was a mutual spar. Attorneys also offered closing arguments in the assault case in Broken Bow.

Defense Attorney, Christopher Wickham, put his witnesses on the stand Thursday morning. Two of Berghorst’s friend’s Dustin Marten and Jacob Ross say his wife Kaleigh got upset and tried to stop the fight despite both men agreeing to a mutual spar. Both men even shook hands before the fight. Berghorst threw several punches at Royle. Another friend of Berghorst, Jenna Dudda says after the fight Riley Royle was antagonizing Berghorst and tried to keep them apart.

Berghorst pleaded not guilty to two misdemeanors in Custer County Court; oppression under the color of office, and assault.

***
ORIGINAL STORY: Jan. 29, 2020
Jonathon Berghorst, the former Mayor of Broken Bow is on trial Wednesday for threatening a police officer and assault. The officer was investigating a fight outside a local bar.

Berghorst pleaded not guilty to two misdemeanors in Custer County Court; oppression under the color of office, and assault.

The proceedings focused on jury selection. Three men and three women will now have to determine whether or not Berghorst is guilty of those charges.

Berghorst is accused of injuring a Riley Royle at Legends Neighborhood Grill on April 6. The court records say the Mayor later used his position in attempt "to injure, deceive, harm, or oppress another person."

A grievance document filed by another officer says Berghorst was belligerent and didn't cooperate with the police investigation and threatened Taylor's employment by asking Taylor, "Do you like your job?"

Before the State rested its case Wednesday, Defense Attorney Christopher Wickham made a motion to dismiss the oppression by color of office charge.

Nebraska Assistant Attorney General Zachary Blackman argued against the motion, stating evidence showed Berghorst alluded to the fact that he was Mayor in an attempt to hamper questioning during the investigation process by police officers.

The trial continues Thursday at 9 am.

Berghorst was removed from officer after a recall election this month.

Judge finds probable cause for former Husker to go to trial

Judge finds probable cause for former Husker to go to trial